Another final, another timezone catastrophy 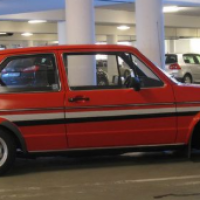 RobGripes Posts: 2,516 ✭✭✭✭✭
July 6 edited July 6 in General Discussion
Hutch, players in Asia are getting incredibly frustrated at the timezone they sit in. It's not that as a region we are all disadvantaged and having to wake up during the night to finish events, it's that most of the region is, and then some lucky few who live in New Zealand, then Australia, then Japan and Korea have massive advantages over the rest of the region.

I have already witnessed a number of P2W players quitting the game over timezone issues (amongst other frustrations), and more are threatening to leave. Most have stopped the spending, if not entirely, at least mostly.

I am glad to see @Hutch_Tim engage in the Carousel thread, would you like to chime in here? Are you guys planning to do ANYTHING about the event end-times? I don't see why the same players should be handicapped in such a fundamental way, day after day, in every single event.

I am here to urge you to enter a discussion with us all about this, asian and non-asian players alike.

FYI, the spread of end-times goes from 11am all the way back to 2.30am (yes, we have half-hour time zone areas too). My timezone is 5am for most of the year, and I drop a tier or two consistently. Where I should be T1, I am T2. When it is an everyone-can-beat-everyone type of event I will drop to T4 while sleeping. It is incredibly frustrating after nearly 3 years.
10 · Share on Facebook
«1234»