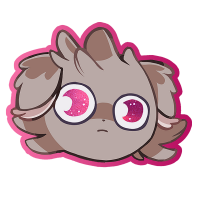 So recently I found out that the Chinese translation for the game is released, but little did I know is that the translation has done a severely poor job at it.

The translations seem to be picking off words straight out of Google Translate and pick whichever one come first. For example, Race 10 Times in the Targets section of events are instead written as 比赛10时间, where 时间 in that context is "what time is it" instead of "how many times", which that should be corrected as 比赛10次. Another one is in the Settings menu is where Credits is written as 积分 as in "Tesco ClubCard Credits" and not the correct pharse, instead it should be 信誉 which will then correct this.

Frankly I would spend some of my spare time to voluntarily help out with the Chinese translation of RK, just so players would understand it properly. Part of it is that I can’t stand these mistakes and I want to seem them fixed to satisfy my OCD.

Once I am unoccupied by the end of October I will try my best and work out the errors of the translation. Send in anything with the original English text and current Chinese translation will do, be it a Word or Excel file is fine. If you need to contact me by other means, my email will be [email protected] and we’ll keep in touch there.

Another thing I want to touch on is the optimization of the game, mainly regarding the Medium setting of the graphics. There’s no doubt the graphics were stunning but they simply take up too much resources for the game to run smoothly.

Medium in particular has no noticeable differences compared to High, and runs as demanding as that setting. I believe it was the reflections and smoke particles being far too detailed, for a game with that much drifting smoke really adds to the fanfare, but with the particles this detailed along with the reflections, seems very superficial to me. Same story to the background of every track, I can see how detailed and well-done the scenery is, obviously much love is put into there, but I simply can’t admire it as much as I would, with every race lasting around 30 seconds and the scenery blurred by the speed.

Removing some scenery objects can help achieve a better framerate imo. Or maybe adding low-quality smoke particles along with the exhaust flames in Low, since simply having them made the game look much better, they don’t have to be that detailed.
Speaking of that, Low settings would not allow 60 frames per second, only Medium onwards. Weird.

This sums up my problems with the game so far, other gameplay-related criticisms may or may not follow, I still need to get the feel for it. Anyways thanks for the game and if you like to keep in touch leave a reply or e-mail me, works either way


p.s.
why is the koenigsegg’s front wheels so tiny eugh hutch pls fix