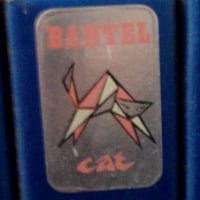 bantel_cat Posts: 968 ✭✭✭✭✭
March 2019 in General Discussion
So what games do people play (or have played) that they really enjoy?

The first driving game I sunk a load of time into was Pitstop II on the C64, those were the days!

Since then I have played loads but never really got into the Sim aspect of it, more arcade style for me.
Have a Logitech wheel sitting in the shed for years unused.

As a PC gamer, for the longest time, I was keyboard only though I am now trying out Dirt 4 with an XBox pad.

So a quick list of what I can remember pumping the most time into:

I did play Richard Burns Rally for about 10 minutes but couldn't even drive in a straight line for more than 10 seconds without careering off into the undergrowth, so I gave up!

Waiting for a good price on Forza Horizon 3/4 then I will try them next.
1 · Share on Facebook