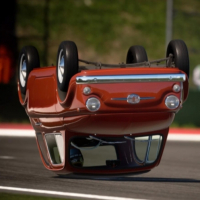 binner Posts: 650 ✭✭✭✭✭
April 2019 in General Discussion
I know it's off topic but I saw this in the app store. I'm a big fan of the motorsport manager games, so this looks promising hopefully being similar but with PvP elements and hopefully some sort of grinding elements like topdrives to keep us hooked.