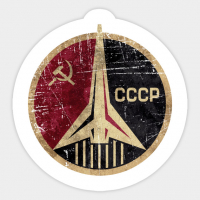 Mrpiratepete Posts: 906 ✭✭✭✭✭
May 2019 edited May 2019 in General Discussion
I have an idea, call me crazy. I don't know if this discussion will be deleted as soon as It hit the shelf but let's try.
So as you can see in the IG forum, there is already a pool wit over 94% of player wanting the daily back. We won't get them back by posting our criticism and all the fleshed out arguments in the forum.
But What we can do:
unite as a player base and stop playing the game for 1-2 days. I say after the firebird final ends, we as a the "forum player base" stop playing from 1 of june until we get heard. We do have the power to get the daily back if we pull on one string and make a coordinated "riot". I think legacy consists of approx. 60% from the forum or even more I do t know. If we all stop playing all together for 2 days we can make a sign. (hell I can't even play clubs right now because there is/was no room)
The sad thing about this is, this would be better coordinated than any game play in clubs lol
Let's discuss this.
Post edited by Mrpiratepete on May 2019
2 · Share on Facebook
«12»