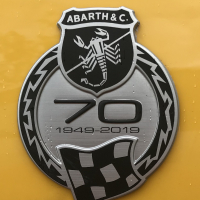 LittleEnosBurdette Posts: 3,038 ✭✭✭✭✭
May 20 in General Discussion
Really good prize on offer for both tier1 and 2 in the main event, hoping for something similar for the owners, a nice epic instead of one of the Carbon packs along the way and a 90+ legendary as main prize.
6 · Share on Facebook
«123»