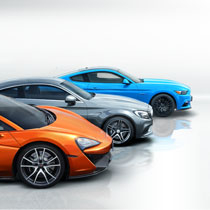 Apologies if this sort of thing has been asked before. If there is a thread I haven’t come across, please send me there so I don’t waste anybody’s time!

Anyway, I’ve been playing daily throughout this lockdown. I’ve been playing for 10 days, at level RQ370 and 100% finished the single player campaign. I’ve stupidly ignored events as my RQ level increased, probably sold many useful cars and definitely don’t have enough slots in my garage. I’m a such a high level with a poor garage that any events I enter, I struggle to rank up or make any sort of progress. I would just appreciate any advice moving forward.

I’ll attach my garage below but my questions are:

- Should I just start again and go through more slowly?
- If I can continue, which cars should I keep and which should be used for fusing cars?
- Should I focus on building gold and buying slots?
- Yellowbird series/ Challenge instead of events until an event comes along that fits the cars I have?
- Any advice at all for moving forward?