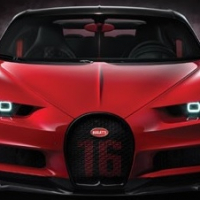 Bugatti Posts: 3,553 ✭✭✭✭✭
May 2018 edited May 2018 in General Discussion
Every week needs to be a major event that offers a VEHICLE on top of the rewards that are currently offered.

If an event goes longer then 24 hours then a carbon pack should always be up for grabs for tier 1 and tier 2 should offer the ceramics.

Also, events that are running should always offer both RQ limited and NON limited events side by side. I am not including the daily cause that doesn't count in my eyes. Wouldn't it be cool, if they ran the exact same event as the RQ limited event but as a NO Limit at the same time?

I think this will help keep people more involved in this game and also help build garages up a little more.

Every now and then you should have random POP UP deals to buy slots, gold, and cash and special packs.

And last but not least..
I really want at least a X5 Carbon Pack Deal implemented into the buy cars section, x10 Carbon deal would be amazing as well.

These are just my wants..

Players,
please feel free to use this topic to post your suggestions as well. The more voices that give input here, the better the chance of making the game more enjoyable for all of us.

Thanks for taking the time to read this