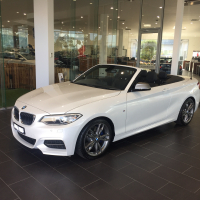 Bucks73 Posts: 625 ✭✭✭✭
May 2018 edited May 2018 in General Discussion
So I'm not the only one with this issue, but I'd really like to know from Hutch what is the story with the League or event matching tiers.

The whole point of bringing in the hard floors for trophy counts was to stop smurfing.  So when people collected points, they could only go forward.

No problem at all, that is great and the right solution.

It is no longer fun playing in Dailies or even events with a 12K trophy account against guys with 30-70K trophies and garages to match.  At least in the old system, you could smurf to keep yourself in a competitive bracket. now it's just a given that the same 6-8 players win the events.

I imagine that it's set up like this for either one of the three reasons, or possibly all 3:

My concerns on each point is:

1) People can't match the spend of those players, especially in regions where this is literally 100% difference in the cost of gold especially on iOS platform (I know this is an Apple issue, not Hutch gouging, so I get that)
2) I don't know the cost of the server usage, but wouldn't this just be a virtual server instance per tier?
3) Not giving the 20K below players the opportunity to win the prize cars means they eventually just start falling away.  This is a growing group given the hard floor limits now.  It also means the top guys just get stronger and stronger winning CF packs etc, which the lower players need more.

I love this game and a spend a healthy amount (not the same as the big guys, but healthy enough) and I don't want to leave and spend my money elsewhere.  A lot of the recent changes have been bloody great, and my big thing is I love the collecting element, but when I can't do that anymore because the top 8 guys all hog the placings, (and we know that Eric now has his TD2018 profile also taking an extra spot too).  In our bracket (with Jay. RobGripes, Deewood. TGPD etc) we don't have a 'Bugatti' who can help us based on the strength of his garage (and kindness of his heart) in these events.  Heck, all we can do to help each other is just not take wins from each other, we can't beat down these other big players usually.

So this is an open conversation and my thoughts and feedback, that I'd like to keep polite and sensible, as I sincerely want to keep playing, but when I enter dailies just to farm (because I know I can't win), and there's only 4 players in the bracket, the other 3 of them (besides me) with 3-5 maxed Chirons, I literally can't even do that.  Maybe chuck in some Hutch Bots at least for that?

I 100% realise its a fine balance for you guys at Hutch, you need to be profitable to make this great game awesome and keep it running, but if the longer term P2P players who spend that 'mid tier' spending amount start dropping off, you're left with the spending whales, and the F2P guys.  And those spending whales will eventually have maxed out everything and start spending less anyway or get bored and move on, and the next tier of spenders have already left.

You may have data to show otherwise and fair enough, but is that data based on now, or 6 months from now? (I'm coming from this at a business planning angle)

Keen for your thoughts and feedback.