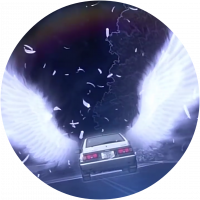 PlantedZebra Posts: 645 ✭✭✭✭
October 2017 in General Discussion
I have faced against a guy in Audi Challenge, and the first round is Gravel 1 Mile Drag, and he used an MP4-12C that has 1.3 Engine, Maxed Weight & 2.3 Chassis. While mine only got all three upgrades on 1.3.
And on halfway the course my MP4-12C started pulling away from his car. And I won with bunch of question marks on my head.

Another question. I remember when MP4-12C first came out in games it was called "MP4-12C", and nowadays almost all games' McLarens are 650Ss, P1s etc. And the remaining games that still have this car all renamed the car to "12C". Anyone knows why?
0 · Share on Facebook